Skip to content
Curriculum of Giving® > Web articles > Do Values Have a Place in Education? 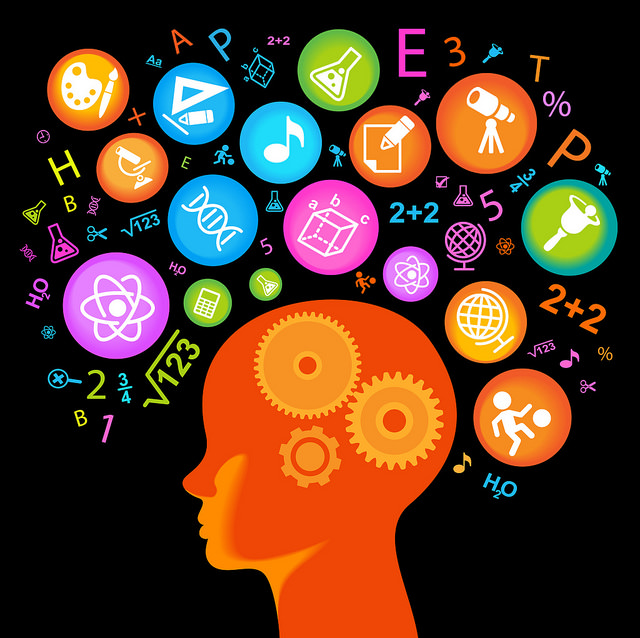 I have often heard it argued that values are subjective, relative, or a construct, and therefore have no place in public education. The modern scientific era of the last 500 years have brought incredible advances to human thought and living, but it has also meant a wholesale abandonment of values, ideology and spirituality in our public education systems. Whilst we don’t want to go back to previous forms of religious indoctrination, we may need to realise that the very essence of what it means to be human may be closely associated with human(e) core values, the lack of which may have given rise to most of our current global problems.

Relativism would have it that no values can be said to be better than others, since the opinion of any person is coloured by his or her subjective perceptions of the world of phenomena. For example, the wind may be hot to you but cold to me. Therefore, the wind is neither hot or cold; rather, it is the subjective perception of the wind that ‘makes’ it hot or cold. If I ask you in Australia, which way is up, most would point upwards toward the sky. However, if we were in Denmark, I would point in the opposite direction, as Denmark is by and large on the other side of the world to Australia. What does this signify? That everything is relative to the eye of the beholder. At least, according to relativism.

In Plato’s dialogues (and in Fearn, 2001), the tension between absolutism and relativism is discussed via the imaginary story of Socrates meeting Protagoras. Protagoras was a travelling teacher, getting paid by gatherings to teach his wisdom. He is famous for having coined the phrase, ‘man is the measure of all things’, meaning that every person’s opinion is subjective and that no person’s ‘truth’ can be said to be truer than that of another’s for that very reason. Plato imagines Socrates attending one of Protagoras’ meetings, and after listening to Protagoras’ thesis—that man is the measure of all things—he asks Protagoras if this is true for pigs as well. If everything is relative and no opinion can be said to be of more importance than that of anyone else’s, isn’t it unfair to exclude pigs from this argument? Protagoras, perhaps feeling that he has to bite his own bullet, answers that insofar pigs can have opinions of their own, they are perfectly entitled to have them, and that he could see no reason why such opinions should be of any less worth than those of anyone else’s—just as he has already stated. To this, Socrates replies, ‘well, if that is true, why are we paying you for something we could get for free from the pig?!’

What Socrates, through Plato, points out, of course, is that some things are more valuable in general, or more true in a certain context, or to a majority of people, and hence the argument for relativism cannot be argued too rigidly if it is to be of practical use. The wind may be cold to you and hot to me, but in winter the wind is often cold to most, just as it is often hot to most in summer (all depending where on the globe we are, of course). Yes, the wind has properties that are neither ‘hot’ or ‘cold’, and yes, ‘up’ is in all directions since the planet is round, but telling a child to put a jacket on in winter time, or pointing upwards towards the sky in the context we find ourselves, seem sensible. In many ways Socrates is pointing out that things can be relative and universal at the same time, and that for something to be of value to us, we need to recognise when which is which, and that such recognition, in itself, is a valuable clarification process. If we are sick, we have learned through education and experience that it is most likely of more value to go and see a physician than it is to ask a stranger on the street. Put another way, even if what Protagoras had to say was flawed to a large extent, his words are no doubt going to spark more thinking in us, and thus be of more value, than the grunts of a pig. Some things are of more value to us, and thus ‘the valuable’, or values, can only be said to be part of what helps us to live the examined life.

Another way to realise that values is part of who we are as human beings is to recognise that we have ethical yardsticks all around us all the time, whether or not we are conscious of it. All are to stop for red in traffic. Children must not hit their classmates, etc. It therefore also makes sense to say that we must consciously and explicitly examine such ‘yardsticks’ in schools in order to learn how to live the examined life. There are values all around us all the time. Who decided the design of the classroom? Who chose the rules that are posted on the wall? Who chose what we should learn in schools, and why?

The key to any notions of values and wellbeing education, of course, is to have a values clarification approach, as opposed to values imposition. Indeed, a common definition of indoctrination is that one is told what to do or think, provided with no reasons, and given no alternatives. In other words, as long as we provide reason and explore alternatives alongside the teaching of shared core values, we may have explicit values education without indoctrination. If, on the other hand, we forget the two other clauses—providing reason and alternative—we actually indoctrinate, however noble our ‘core’ values and intentions. In either case, values are embedded into our lives and the kind of values and the way we examine them will have far reaching consequences on all aspects of our lives.

Let me give another example of why values are central to everything else. Many are looking to schools and universities in China as shiny examples of how education can be conducted with large class sizes and still achieve high academic outcomes. Yes, they score really high on tests, and yes, they are able to do so with large class sizes. However, if we stop to consider the values underpinning the contexts of such examples, I am not so sure that we can, or should, translate the Chinese ‘success’ to western classrooms. The academic results in China may be achieved at the expense of childhood, as a typical school day is considerably longer than in the western world. Moreover, wellbeing and happiness levels are not very high in China by any measures. What is important here? To be really good at times tables is certainly helped by working hard and for long hours, but shouldn’t happiness, wellbeing, generosity and affection towards others be seen as at least as important? Certainly, if the latter are seen as our core values, then there are other things we need to consider than just instructional methods and their duration.

The reality is that, as a collective, we haven’t really learned the lessons from Harry Harlow’s controversial but highly insightful studies of deprived monkeys, showing that emotional wellbeing, love and affection are as strong a drive as survival itself. When I talk in academic circles about love and affection being the most essential human values and that these must permeate our ‘strategic plans’ in education, many respond by referring to it as the ‘touchy feely stuff’. When I hear that, I feel that they are not realising the true significance to our lives of the ‘touchy feely stuff’. Health and positive psychology research, in particular, has shown that generosity and kindness to others is one of the highest predictors of increasing our wellbeing, physically as well as psychologically. Why is that? We don’t know. We just know that being something for others is what gives us the deepest and most stable levels of happiness. Love, in its broadest sense of the word and not confined to romantic love, might be the underlying value of what it means to be human, even if we don’t understand why.

If love, and not man, as Protagoras would have it, is the ‘measure of all things’, it certainly challenges us to research and investigate love and its related values in a much more systematic and scientific way than has been the case. Anecdotally, I have become accustomed to say ‘unconditional positive regard’, instead of ‘love’, whenever I speak within the Academy, because I often feel that the word ‘love’ is treated with scepticism and ridicule. If love is what makes us human, it also challenges us to ensure that the values associated with love, such as generosity, kindness, social concern, pro-social behaviour—whatever we might call it—are examined and explicitly taught in educational settings. Schools are still the major institution for the socialisation of our youth into a world. And it is a world in dire need of values, environmentally, financially and socially.