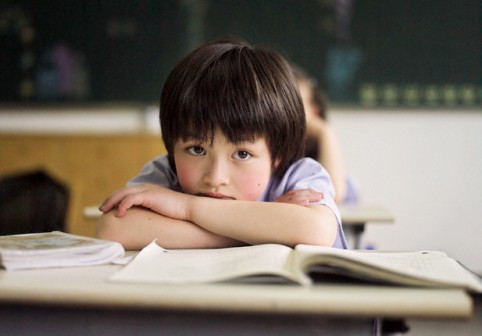 There is a passage in Charles Dickens’ Hard Times, in which a gentlemen at one point says to a class of children, “Should you have wall-paper with horses on it?” To this, the children uniformly shout, “Yes!” (It would seem a perfectly good idea, wouldn’t it?). The gentlemen, however, happens to be a protector of the scientific thinking of the day, and thus he retorts, “NO! You should NEVER have wallpaper with horses on it, because where in real life do you see horses walk up and down walls! Never should you have in representation what you do not have in fact. Only facts count!”

Apart from being an amusing account of traditional teaching in Dickens’ times—a kind of Enlightenment thinking in which imagination and fantasy were looked upon as intruders to ‘real’ learning—the above passage is also an insightful and timeless warning to education at large. Dickens, of course, was known for not only his wit but also his penetrating portrayal of the human experience and the highs and lows to which we humans can rise or stoop. In the midst of Industrial and economic progress, Dickens already knew back then what educational brain research has only confirmed in the last couple of decades. That is, when we imagine, the part of the brain associated with emotions, the amygdala, is activated together with the cortex of the brain, which is where logical processes take place. The whole human being, it turns out—our thoughts, emotions, imagination and body—has to be engaged for optimal and long lasting learning to occur.

So is Dickens’ ‘warning’ still needed if we have indeed learned how we educate the whole person? I would suggest it is.

A teacher in the Steiner school system, known for its holistic approach to learning, told me that in the most recent NAPLAN Reading test, the script instructed her Year 3 level students to look at this practice question:

Once upon a time Amon was sailing his ship in a big storm. Suddenly, a giant fish came out of the sea. Amon quickly sailed away. Amon saved his ship.

The first task was a multiple-choice question asking how the story ends (Amon saves his ship) and the children all carefully coloured the circle next to the correct answer.  At this point most of them were really enjoying the excitement of the experience and were still feeling very important and happy with their new NAPLAN pencils (complete with eraser tip), colourful magazine and test booklets.  Then came question two:

This story is not true. Use information from the text to give a reason for this opinion. Write your answer on the lines.

Many of the children furrowed their brows and hands started to shoot up all over the room…  “What does it mean not true?”  “But it could be true… do they mean the giant fish?” “But there are giant fish!  This is weird….”  “I don’t get this at all.”

The ‘correct’ answer, according to the NAPLAN, is that because the text commences with “once upon a time” that would indicate that it is a narrative piece, in the genre of fairy tales, and thus not true.

As this teacher went on to tell me, for anyone truly familiar with story telling and narrative, this is an unusual viewpoint, as narrative can just as readily be based in fact as fiction.  Just because you commence a story with “once upon a time” does not mean that there is no truth within the story.  Perhaps there is a “higher truth”. Is your imagination false?  If something is reported in the newspaper, is it true (as the NAPLAN script went on to suggest)?

The teacher continued reading from the required script, she told me, responding only in the manner permitted and not allowing her class to have any indication of her bewildered disappointment that her children had to encounter such a philosophically shallow and reductionist question in something as highly regarded as our National testing.

At the end of this test the teacher actually felt that she was culturally disadvantaged for working in an educational stream (Steiner education) that values the story, fantasy and the imagination. Her children, who had been learning about story telling and creating fairy tales themselves, where no less bewildered.

I do not mean to say that we have not progressed since Dickens’ times, but I do think that anecdotes like the one above are signs that we still have a way to go in order to fully understand what it means to educate the whole human being. Supporting this view is the fact that there is not a public school curriculum in the world today that does not elevate the academic subjects (maths, science, literacy) over the arts and humanities. I think this is a sign of an imbalance, let alone the reason for why so many students whose forte is not the academic become disengaged with schooling.

I hope that the development of the new National Curriculum in Australia—and future NAPLAN testing—will value imagination, fantasy, the ability to care for others, and other artistic and humanistic qualities, as much as ‘gentleman-like’ facts and figures. Research certainly shows that any elevation of logical thinking over imaginative abilities is counterproductive to deep and meaningful learning.

Wallpaper is not used in classrooms so much these days, but I happen to know that—luckily—horses, dragons and hobbits are decorating the walls in primary schools all over the country.