Skip to content
Curriculum of Giving® > Speeches > Giving: A key to solving our problems 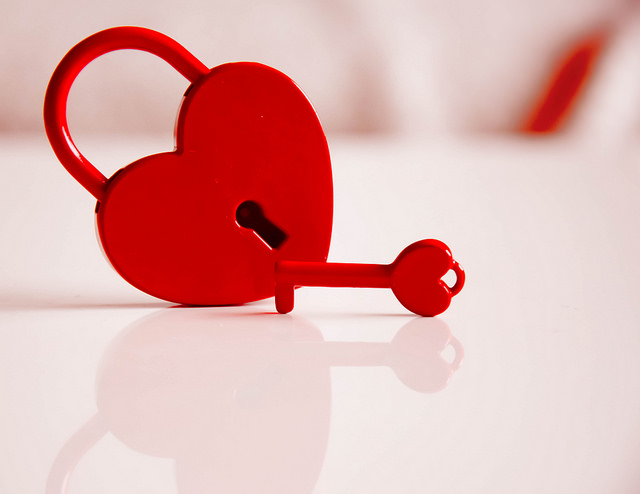 Speech at the 2016 National Volunteer Week Forum, given by Associate Professor Thomas Nielsen, University of Canberra, at the NSW Parliament House, May 9.

I have a proposition for you today. Giving —and by extension, volunteering—is a key to solving the pressing challenges of today.

This claim may, at first, sound far-fetched; especially given the enormity of some of the challenges we face, such as high depression and suicide rates, climate change, financial instability, and ideological extremism—just to name a few.

But if we stop for a moment to consider this idea—that giving might be a key solution—we realise the promise it holds. We also realise that it is a promise supported by evidence-based research.

We now have congruent data from several fields—such as positive psychology, health, and medical research—showing that sustainable wellbeing outcomes come not from having more money or by being a consumer, but from having meaningful happiness in our lives. Pleasurable happiness—the happiness we get from having our senses stimulated—is a wonderful dimension in our lives, but it is meaning that gives us the deepest levels of happiness.

People who score high on primarily pleasurable happiness have happiness that goes up and down constantly. That’s the problem with chocolate cake—as soon as one piece is gone, we need another to feel the same hit of sugar and fat in our blood stream. A related problem of being able to eat as much as we want (a metaphor for the Western world) is that it challenges our capacities to moderate and savour, the very abilities that help us best appreciate the occasional treat.

People who score high on meaningful happiness, on the other hand, have more stable and deeper levels of happiness. This form of happiness doesn’t disappear as easily, and remains steady even if we are not constantly engaged in the activity that promoted it to begin with. People with high levels of meaningful happiness also recuperate quicker from trauma and adversity. In a word, meaningful happiness is synonymous with being resilient—something so needed in a complex world that is becoming more populated, information-laden, and layered by the minute.

But let us go a little deeper: what exactly is meaningful happiness? It turns out that while what is meaningful to one person can vary a lot to another, there is one shared denominator for what people across cultures and religions report as giving them meaning in their lives: it is that of being something for others. Giving. Volunteering. When we give of ourselves to others, we experience an array of health producing hormones rushing through our biology, increasing our resistance to disease and adversity. Indeed, giving is one of the strongest predictors of increasing our health and happiness.

What would happen if we truly embraced this knowledge in our human endeavours, individually, nationally, and globally? What would happen if we made it as important to let our children give to others from when they were very young, as it is to teach them the times tables? Teenagers, when asked if they want to give, often say no. But perhaps that is because many of our teenagers have not had enough chances to give to others to begin with. Sixty years ago, many children had to give to others out of necessity. Today, many children do not have to be anything for anyone—unless we understand the importance of being something for each other, and consequently include such an understanding in our curriculum, our parenting, and more generally, our societal practices.

We now have an evidence-base of research showing that if we facilitate giving to people, young or old, they end up wanting to give more. Here are some snapshots of the data.

What we also know from the research is that generous and altruistic behaviour makes you want to be more generous and more altruistic. As such, giving and health and happiness together create a positive, reinforcing loop—the more you give, the healthier you become, the healthier you become, the more you want to give, and so forth. Giving is a true community builder in that sense.

And that is exactly where giving to others shows so much promise in tackling our most pressing problems. When do we, as a collective, realise that our entire global financial structures are based on a theory of supply and demand, and not science? We have already seen how the assumption that everything will regulate itself because humans are rational beings is flawed. The global financial collapse and the aftershocks in various countries have shown us that humans are not always rational, and that they sometimes spend more than they have, and sometimes take from others what is not theirs to take.

What if we based a new economy on service-minded principles, in which we ask not how we can constantly grow and have more, but rather who we can serve, and how we can make this world more just for all? What if we asked when is enough enough, rather than how can we have more? Constant growth does not make much sense on a planet with finite resources. A financial model where we give to each other, and share fairly what we have, would make more sense, because the research shows it is what makes us all healthier and happier. It also provides us with simple values that guard us against dubious human behaviour.

What if we stopped the futile debate about whether or not climate change is primarily man-made, and simply committed to the sacrifices that 98% of the scientific community says is needed to safeguard ourselves against impending environmental havoc? What if we decided to live on a planet with a commitment to give to it as much as we receive—to truly live in balance with nature?

What if we stopped for a moment, and realised that all the major religions and wise sages throughout time have had the same core-message at heart all along? Christianity teaches us to ‘love thy neighbour’, to give. Buddhism says, ‘be compassionate to all living things’. A central message in the Quran is that love is the quickest route to human perfection. Core to all the great sages and spiritual teachers throughout the ages is the same message coming out of modern scientific research now. To give is to fulfil your potential as a human being—to become the highest, healthiest, and most capable version of yourself.

I am not advocating a religious viewpoint, nor negating it either—I am merely highlighting that no matter how much we as humans have perverted the major religions at times, the core message in them is congruent with the data we have on giving and being something for others. If one likes a less romantic way of saying this, Stony Brook University Professor Stephen Post concludes in his comprehensive literature review, that the scientific data on giving ‘echoes moral and perennial wisdom’.

So we start to see why giving might be part of a key solution to our most pressing problems today. It provides us with non-ideological, neutral ground that invites us to all walk together—because there is more that unites us than separates us. At least, when it comes to some of the most fundamental and powerful aspects of our lives: our collective health and happiness.

What would happen if we had a science of giving embedded in our educational practices available to all? It is often said that the only weapon that will truly eradicate ideological extremism and fundamentalism is education. I couldn’t agree more. But I would add that such an education would be even better in combatting hatred and violence if it included the science of what makes us healthy and whole—as well as what doesn’t. We know now that negative feelings and hatred toward others do the exact opposite of positive feelings of generosity and goodwill—they fill our bloodstream with the hormones that make us sick and shorten our lives. Resentment is like drinking poison, and waiting for the other person to die, the saying goes.

I am only touching upon the surface of how a new science of generosity and goodwill could transform the world we live in. But I think it is obvious to see for everyone, that giving is not just another thing to do. It might actually be a key component for not only individual but also collective health and wellbeing. Maybe we have always known this, even if only intuitively.

University of Pennsylvania Professor, Martin Seligman, says all of the data on giving makes sense from an evolutionary viewpoint—when we give, we increase social capital, which in turn improves productivity, and ultimately, survival. Bobby, age 7, says that love is what is with you in the room at Christmas if you stop opening presents and listen. Despite his tender age, Bobby is saying loud and clearly, that it takes an effort to not let the pleasurable life drown out the meaningful life.

There are many definitions of what wisdom is, but a simple definition could be that we are wise when we do something that is healthy for not only ourselves but also the greater whole in which we find ourselves. It is a wisdom I need, not only when I stand in front of the fridge, contemplating how much chocolate cake is really needed now, but for living all of my life in a meaningful and balanced way for the greater whole. Furthermore, if social concern and being something for others is synonymous with a definition of wellbeing and wisdom, it seems that the research is quite clear as to how we can live more wisely. We can do that by giving more, and, by extension, offer people opportunities to give, to volunteer, and help them explore conceptually the many benefits of giving, just like we have done today.

It is from this bigger perspective, that I am honoured to speak to you today, because volunteering is putting into action what I am advocating with words. Volunteering, as a very practical way of giving and living the meaningful life, is therefore, an important part in solving the pressing challenges of today.

I congratulate your efforts and wish you the best of luck with growing these efforts in the years to come. The world needs them.