Curriculum of Giving™ > Web articles > Out from the cave: have we lost the purpose of education? 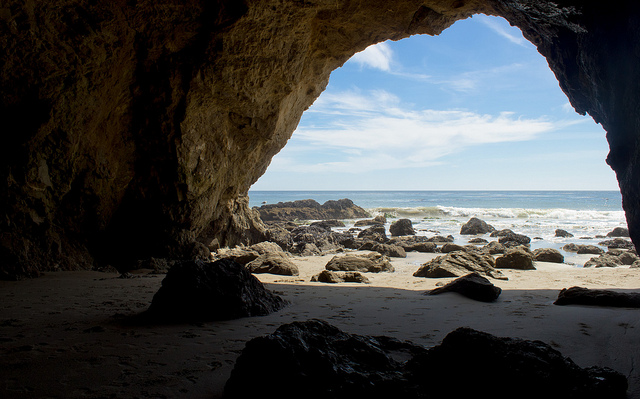 Republished from The Conversation, 5 May 2013.

It’s nothing new to say we have a problem in education. But I’m not here to discuss the usual gripes with teachers and test scores.

I believe we have a more fundamental problem with defining what we want education to do.

At the moment, our definitions of educational “success” vary greatly. There is not a shared understanding of what is most important for parents, teachers, students and governments. And without this it is impossible to know what should go on in Australian classrooms.

For many in government, it seems success is couched primarily in economic terms as well as through international and domestic test scores. But while I appreciate these concerns, I do think that it is counterproductive to define our education in this way.

So let’s take a step back and look at how we are faring as a society and where we want young people and their education to fit in.

The first thing to note is that spending power has at least doubled in western countries since the end of World War II, but depression and suicide rates have increased.

Australia follows suit in this regard, with youth suicide being the leading cause of death in adolescents, and the most common mental disorders being anxiety and mood disorders, including depression.

While the reasons for these worrying statistics are many and complex, what we can say is this: never before in human history have children and young people been bombarded with so many images, good or bad, and from so many angles. Whilst the modern age has brought many advantages and technological benefits, it has also created a multi-levelled and complex society that is very difficult for the young to navigate.

Many schools around the world have reacted to the worrying statistics by implementing various kinds of wellbeing education, resilience training and positive psychology education initiatives. But these are still relatively small scale interventions. They are not integral parts of the “education revolutions” so often evoked by politicians.

At the moment, the policy debates centre around raising literacy and numeracy, or getting more laptops into schools. But these are not our biggest problems. Why aren’t we instead, focusing more on helping young people to be happy, healthy and more socially active citizens?

A meta-analysis of well-being education interventions is quite clear: such education practices do make for not only happier and more well-adjusted people but also better academic outcomes. And yet, these initiatives remain only fringe programs in education.

Meanwhile more and more universities have realised that, in our current climate, it is not economically viable to teach philosophy, or many of the other humanities subjects that once comprised the heart and soul of university life.

Plato believed that it was the “philosophy kings” — those who teased out what it means to be human and what virtues and actions should guide us as human beings — who could truly help a society have the right goals and direction. But now the philosophy kings are increasingly dying out from the academy.

Of course, there are still plenty of clever people in universities today. The only problem is that our entire system is built upon the the economic-rationalistic model and thus the kind of cleverness fostered in the academy is becoming more and more business oriented, rather than human or values oriented.

The kind of leaders “needed” in the academy these days are those who are best at raising the bottom-line, or some other quantitative measure that will put universities in the competitive, top ranking that defines their survival. Naturally, in such an environment, our focus slides from quality to quantity, just like it does in schools, where the NAPLAN and public school league tables inadvertently pushes teachers to focus on measurable outcomes rather than teaching students to become whole human beings – something that cannot be captured in a standardised test.

The values education initiative in Australia clearly showed that when we are explicit about constructing values together and finding shared ground of what it means to be generous, have integrity, etc., this has a significant positive effect on pro-social behaviour, well-being, and – surprise, surprise — academic outcomes.

Yet how is values education or any other of the various well-being education initiatives going to be sustained when its outcomes cannot be measured every year by ticking boxes? The answer is they cannot and that is what we are seeing on the whole in Australian education, from universities to pre-schools.

Perhaps Oscar Wilde was right when he said that common sense is not that common. But I would argue that there are ways to foster common sense, and there are ways to inhibit it. I think it would be common sense to look to countries like Denmark, for example, who have had social and whole person-centred values embedded in their societal and educational structures for a long time. Denmark consistently is reported as one of the happiest as well as the most prosperous countries in the world.

Instead, we have adopted an already failed US-UK model, centred around individualism, narrow academic achievement, and a rationalistic-economic view to life that is completely self-destructive in the long run — unless we stop to think about it. If we do stop to think about it, we may, at first, emerge blinking from Plato’s cave, unaccustomed to the light, but we will, over time, see a better and more human vision for education and our future.